Why Public Financing of Elections Is Good for Democracy - NYC Votes

Why Public Financing of Elections Is Good for Democracy

Yesterday, we went up to Albany to talk about our work administering New York City’s landmark matching funds program, which helps more candidates from all walks of life run for office and lead competitive campaigns that are more responsive to the needs and voices of their constituents. 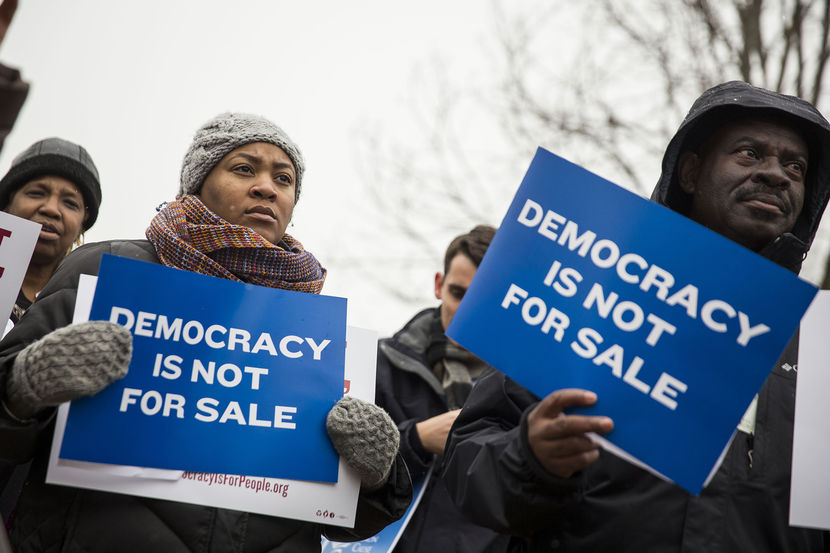 Click here to read our testimony, delivered by Frederick Schaffer, our Board Chair, and read on to learn more about how public financing could change what our democracy looks like at the state level!

Earlier this year, Governor Cuomo announced a measure in his budget proposal for a voluntary public funding system that would start in 2021 or 2022. Much like New York City’s program, the proposed system would provide candidates with public funds to match small-dollar contributions raised in the field in exchange for abiding by a lower contribution limit. In addition to empowering small-dollar donors, this system would also make it easier for new challengers to run for office.

Currently, New York State’s elections are, according to the Brennan Center, “almost completely dominated by big donors.” In fact, during the 2018 elections, “just 100 people donated more to candidates than all 137,000 estimated small donors combined,” and small donations made up only 5% of all donations made in 2018 to state campaigns (most donations were “from people or entities who gave more than $10,000”).

So how can matching funds impact our elections?
When campaign financing in our elections is more equitable and transparent, both candidates and voters win. Here in New York City, qualifying candidates (offices covered under the program include mayor, comptroller, public advocate, borough president, and City Council) who join the matching funds program are required to collect small-dollar donations from New Yorkers and abide by certain spending limits. In return, they can receive public matching funds—small contributions are matched up to $8-to-$1—to finance their campaigns.

Here are three important things that happen when candidates have access to public funds:

Over the last five election cycles, we’ve seen consistently high candidate participation rates in the matching funds program, with both incumbents (i.e. officials who are running for a subsequent term) and challengers opting to participate and being able to run serious, competitive campaigns and even go on to win elections.

How would this apply to our state elections?
The prevalence of big money in our politics means that the voices and concerns of those without access to wealth and power, such as people of color, working class and low-income communities, and immigrants, aren’t always heard or reflected in our policies. But making campaign finance more transparent and inclusive can help us create a system and government that work for everyone, not just the few at the top. It’s time to remember who elected officials should be most accountable to—not donors, not lobbyists, and not special interest groups, but the people.

We’ll be sure to keep you updated as we hear more about the state’s proposed financing program, and in the meantime, make sure you’re signed up for our info email newsletter, which has all the latest news around campaign finance, data about voter turnout and participation throughout New York City, and more in-depth information about your local elections.